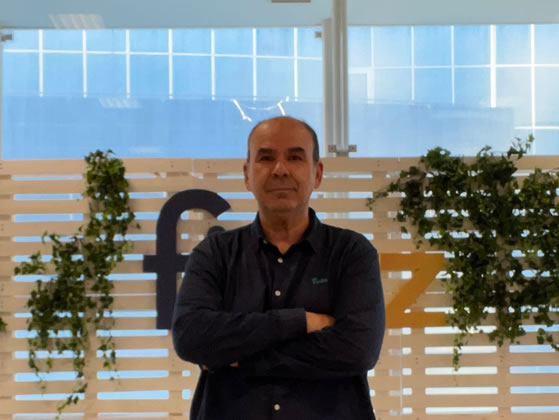 A increasing demand for data processing and storage are keeping the market hot. In 2021, more than 600 hyperscale data centers were counted in the world, and the trend is for strong growth in the coming years, with the gradual migration of on-site IT applications to the cloud. But a parallel movement that is also intensifying is that of micro data centers (edge computing), where computing is performed in a local and decentralized manner, closer to the network edge and where data is generated and consumed.

Emerging services such as IoT, virtual reality, and metaverse require extremely low latencies, a requirement that only local processing can meet by preventing data from being transported long distances to the cloud or central data center. The existing network structure, no matter how efficient it may be, has difficulties to fulfill. Some technologies, such as network slicing/segment routing, which are emerging in next-generation switches and routers, can address part of the problem, but not solve the issue due to the huge growth in data volume. "With the application of traffic engineering techniques, network can deliver the appropriate performance for various QoS categories.

But if the network has bottlenecks, there is no magic that solves the situation without some service category being penalized. And each segment will add some latency to the data," says Ricardo Pianta, CEO of Venko Networks, a company with headquarters in Porto Alegre, RS, and Curitiba, PR, specialized in disruptive connectivity solutions, based on open standards and unbundling of equipment and applications.

A good example of decentralization of traffic is on CDNs – Content Delivery Networks, used to enhance the experience in video and multimedia streaming, extremely massive applications in terms of data volume.

The concept is expanding to a huge universe of distributed applications that will be accelerated in edge data centers through specialized computing platforms. Venko is presenting to operators and providers in Brazil the solutions developed by Benu Networks, a company specialized in virtualized and software-defined edge solutions, founded in 2010 in Boston, USA, by technology professionals and supported by several investment funds.

Benu's SD-Edge was one of the finalists in the OpenBNG RFI, an innovation program launched by TIP - Telecom Infra Project, together with major international operators, including BT, Deutsche Telekom, Telecom Italia, Telefónica and Vodafone. To make the decision, TIP performed a detailed evaluation of the responses to the OpenBNG RFI, which contained almost 2000 requirements in routing, BNG - Broadband Network Gateway features and MPLS edge services.

Benu’s SD-Edge platform is now in operation in many enterprises, supporting a variety of network functions, including BNG, Wi-Fi Access Gateway (WAG), Trusted WAG (TWAG), Secure Access Service Edge (SASE), and 5G Access Gateway (AGF), that run on Intel servers. "We have transformed a standard server into a high-performance appliance, a multifunctional edge, without requiring a specialized device for each function, as traditionally occurs," says Pianta.

According to him, advanced routing, firewall, CGNAT, BNG, WAG, OpenRAN functions are extremely CPU-intensive and cannot be performed on the data plane of conventional switches and routers. "Hence the advantage of using servers," he says. The platform offers centralized management, which enables applications to be further segmented and executed in multiple locations, in a cloud concept.

Benu recently announced the processing increase to over 100 Tbit/s of the BNG Broadband Network Gateway using Intel Xeon 3rd generation. The upgrade will enable computational application problems to be solved as a result of the exponential growth in the processing power of the devices. "An iPhone 14 Pro has about five times the capacity of a fifth-generation Intel i5, released in 2015. With this, the ability of smartphones to produce and consume data has grown enormously, putting pressure on the data centers that concentrate and support these applications," says Pianta.

The classic model of access, aggregation and core establish exactly the hierarchical structure that has been used over the past decades in network construction. A data communication has always presented an architecture that, the closer it gets to the edge of the network, the more specialized and diverse it becomes. "Consequently, we are talking about a data center that is distributed over many levels and sizes, and that performs both computational tasks enabling new applications and content delivery, and network tasks," he says.

The convergence of network functions virtualization (NFV) with SDNs - software defined networks will help address the complexity of the new way of modeling and delivering network services. "It's like merging the rigid functional hierarchical structure of the networking world with the flexible structure proposed by the distribution of processing capacity across multiple levels of data centers. The trend is toward decentralization of the process. And the monolithic data center concept that existed in the past will be broken down to be closer and closer to the edge.

Vertiv, a global provider of mission-critical infrastructure solutions, was one of the first companies to bet on the growth of the edge computing market. "All our predictions made in the last five years have come true. We even had some positive surprises," says Francisco Degelo, Business Development Director for Data Centers Vertiv Latam. According to him, the pandemic accelerated the digital transformation process and increased demand for better quality, low latency services, paving the way for the edge to consolidate as a vital business tool. "It's a trend with no turning back," he says.

In fact, expressive investments edge computing will change the profile of the data center ecosystem over the next four years. According to a worldwide survey of 156 data center industry professionals conducted by Vertiv, by 2026 the edge's share of total computing will increase from 21% today to 27%. 34% of those surveyed are planning or in the middle of implementations with the solution. Market growth is in the order of 20% per year in Latin America.

In addition to advancing deployments at the edge, survey participants also predict a 150% growth in core sites and increased activity in the cloud over the period analyzed (from 2022 to 2026). "The demand for computing resources is growing exponentially in all spheres. In Brazil, a few years ago, the market executed on average one large project of more or less 20 MW per year. Today the big colocation players are building 70, 80 MW of capacity at the same time. That is, there are three or four megaprojects happening simultaneously. This is totally unprecedented in our industry," says Degelo.

The prospects gain even more momentum as 5G networks come online and expand. "Edge computing empowers 5G by bringing capillarity with low latency and high bandwidth close to the user," he says. Led by the new mobile technology, the telecommunications industry will undergo a cultural change. "The 5G network will bring the two worlds closer together, uniting the explosive growth of the telecom market with the resilience and efficiency of the data center world," he says.

In this scenario, old switchboards can become edge computing sites, just as cellular towers will act as concentrators, with one or two racks in charge of local processing.

To serve the edge market, Vertiv offers the Smart line of compact prefabricated solutions, composed of the Smart Cabinet, with a single rack up to 30U and capacity of 3 or 5 kW; Smart Row (row); Smart Aisle (allows to form a corridor with at least three racks and expand as needed); and Smart Mod (container). The products are modular and supplied with the complete power, cooling, and monitoring infrastructure.

"The most compact model, Smart Cabinet, can be delivered and socket, with no need for special infrastructure or specialized labor," says the director. The man-machine interface (HMI) in the door allows local or remote control. "We apply the same concept of modularity and gradual growth adopted in large projects, with Capex on demand," he says.

Vertiv's sales of prefabricated solutions for the small and medium-sized enterprise and edge market have doubled in four years. "We have dedicated production plants for this type of solution in Europe, Asia, and Brazil, which also supplies the whole of Latin America," says Degelo.

He recalls that, despite the simplicity of the platform for the user, the solution involves a great deal of engineering work behind it, with a huge amount of features and functionality built in.

The ease of operation is also strategic and alleviates the problem of lack of specialized personnel, a reality that affects all types of data centers, from edge facilities to enterprise and hyperscale. For large facilities, Vertiv also offers operation and maintenance services to customers, called DCOM - Data Center Operation Management, which provides a team of specialists capable of remote monitoring, improving energy efficiency and ensuring the continuity of critical operations.

One of the most recent contracts was signed with Elea Digital, with six data centers located in the main metropolitan areas, including São Paulo, Porto Alegre, Curitiba, and Brasília. "More than just selling and delivering products and solutions, we want to be the client's partners and help them run their operation. If the difficulty in the market today is to fill the staff with qualified professionals, then we will provide this service," says the director. With a factory in Sorocaba, SP, Vertiv has technical training programs in Barueri, SP, where it holds practical courses for its teams, channels, installers and customers.

Despite its biodiversity and enormous economic potential, the North region lacks infrastructure and integration with the rest of the country. The same happens with the Internet. According to NIC.br, Manaus, AM, has about 60 ASNs - Autonomous Systems.

In comparison, the city of São Paulo has 2392. Therefore, it is a great business to invest in data centers to offer colocation, cloud, backup, and redundancy services not only to local companies, but also to corporations in other locations that need to have a POP in the region (edge data center).

This observation was what motivated engineer Ricardo Kallai, a professional with over 30 years of experience in the telecommunications segment, to create a company, M4RD, and build a data center in downtown Manaus. "I have been sought out by several clients, because the city has very few options capable of offering services with high availability and security," he says. The structure is being assembled with the concept of a safe room, with 35 m2 of area and seven racks, with the possibility of expansion. The first phase will be inaugurated in November. Among the first customers are a telephone company (STFC) in São Paulo and a virtual machine company that needs backup services.

Parallel to the unit's adaptation works, M4RD is negotiating with the distributor Amazonas Energia for the creation of an optical ring, using the existing power infrastructure, of about 10 km, which will pass in front of companies such as Prodam, Embratel, Oi, and Vivo. "The idea is to offer interconnection to these operators," he says. The same optical circuit will arrive near one of the most important private hospitals in the North-Northeast, from the Samel network, with two units in operation and a third in the final phase of construction, besides clinics and laboratories. Samel has already Kallai's client in the area of network consulting and structured cabling integration. M4RD's optical ring will enable integration and redundancy between all of Samel's units, together with two local Internet providers, and backup in its data center.

The partnership with the providers will also be important to decrease latency in the cloud services that M4RD intends to offer, such as AWS and Microsoft. For these cases, customers will be served with VPN running over fiber to their data center.

Later, the M4RD structure will also house a small headend for storing local TV programming and CDN for national and international content. "The streaming traffic is very heavy. These initiatives should reduce latency problems, especially outside of Manaus, and improve the customer experience," concludes Kallai.